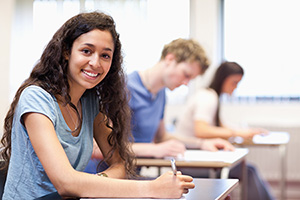 Hello, and welcome to our latest newsletter – written and sent to our friends and contacts every two months.

Since our programmes only operate in the summer season, you might wonder what we do the rest of the year.   Well…

We are already making a lot of preparations for our programmes for 2015. We’re offering a number of new courses, including a whole series of academic options with a more creative focus: art, design and photography; creative writing and journalism; drama and theatre; and music. Our existing courses are being expanded so they are of interest to a wider range of students: these now include: economics, business and entrepreneurship; law, society and international relations; medical sciences and psychology; science, technology, engineering and mathematics (STEM).

And in addition to this… a new course in critical thinking and advanced writing skills, another in leadership.

But all of these courses need a lot of preparation. So that is one thing that keeps us busy! Otherwise, we are now spending a lot of time promoting our programmes for the summer of 2015 – both in the UK and in the USA. We attended a big fair in London in September, and in December we’ll be in Miami (at a fair organised by ICEF). In addition, we’re visiting a lot of schools and companies to talk about our programmes.

We have a new website!  Have a look on www.kgdm.org and see what you think. We like it, and hope that you do, too. Coming very soon is a short video to introduce our programmes.

Actually, we don’t just run summer programmes…  We play an active role in a number of other events taking place at other times of the year. 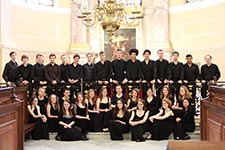 In September, KE helped to organise a tour of China for the choir of the Queen’s College at the University of Oxford.  Most of our UK programmes include a week at Queen’s College, and we have a strong connection with the College.  Queen’s have a very famous choir, and every year they go on an international tour.  This year, they came to China, visiting Hong Kong, Macau, Shanghai and Beijing.  They were accompanied by Professor Owen Rees, an admissions tutor at Oxford, and Dr Felix Leech, who lectures in engineering; they were able to include some presentations on the University.  The students gave some great choral performances, which included sold-out public concerts at the prestigious and historic Forbidden City Concert Hall in Beijing and the Shanghai Concert Hall. The choir also gave short concerts and seminars at various local and international schools, including Dulwich International College in Beijing and Shanghai, Shanghai High School, Yew Chung International School Shanghai and Fudan University. They were also able to enjoy some of the sights of China.  The event was arranged by Edward Yang, Chairman, and Sam Yang, CEO of Kingdom Education, and the students were accompanied by Jacqueline Yang, also of KE.

Additional selections can be viewed on the Kingdom Education YouTube site.

In October, Sam and Jacqueline also arranged another tour of China, this time for the MCC (Marylebone Cricket Club), the most famous cricket club in the world.  This was for the English national women’s team, led by Claire Taylor MBE, one of the best-known names in women’s cricket, and by Mike Gatting OBE, the president of the MCC, a former captain of the English men’s team, and a world-famous player for nearly 20 years.  The English team played the Chinese women’s team in the course of the tour of China, which included Beijing, Shenyang, Shanghai and Hong Kong.  For the first time ever, the Chinese – not generally known as a great cricketing nation – beat the English!

This newsletter is not just about us: we also try to include an article about an aspect of education which we think will be interesting for you!

Today we’re focusing on the very interesting and important question of choosing a university.  These are our thoughts on the subject:

Many students taking a KE programme are interested in studying in an English-speaking country. Even those who are not will generally be pursuing their studies elsewhere, possibly in their own country. How do you decide on the right university?

The main point here is that there is no ‘right university’ for everyone – but there is a right university for you, and if it’s in an English-speaking country we want to help you to find it. Unfortunately, we can’t usually take you to all the universities in a particular country, but we do try to take you to a good selection – some in big cities, some in smaller towns; some based on colleges, some based on a single campus; and so on. We don’t try to direct you towards any particular university: instead, we invite the universities themselves to tell you what they see as their strong points, so that you can make up your own mind.

One factor which will feature prominently in your choice will be the rankings of the various universities. (Another term for ‘rankings’ is ‘league tables’.)  You can find these lists of universities in particular countries, and also for the world as a whole.  KE encourages you to aim high when it comes to making university applications, and in fact we take you mainly to visit the higher-ranking universities. But you should also think a little more about what the rankings mean.

Everyone is aware of the rankings (above all, the universities themselves), but we would suggest that you should keep them in perspective, and they should certainly not be your only consideration when you make your selection, and for the following reasons:

What we suggest is this:

Of course, if you do compare a number of rankings, you will start to see a general pattern – for example, every ranking system you see will place Oxford and Cambridge pretty close to the top in the UK. You’ll see that some universities do score consistently well in every ranking system, whereas others fail to make the top half in anything.  That has to say something!  And there is no doubt that, for some employers, the name of the university is important – particularly in certain fields.

You need to do some research on the rankings, but don’t let your choices be determined by these alone. There are other factors to consider:

Remember: there are no right or wrong answers to any of the questions you may ask yourself – it’s what suits you.

Here are some final thoughts:

Good luck in trying to find the place which is just right for you!